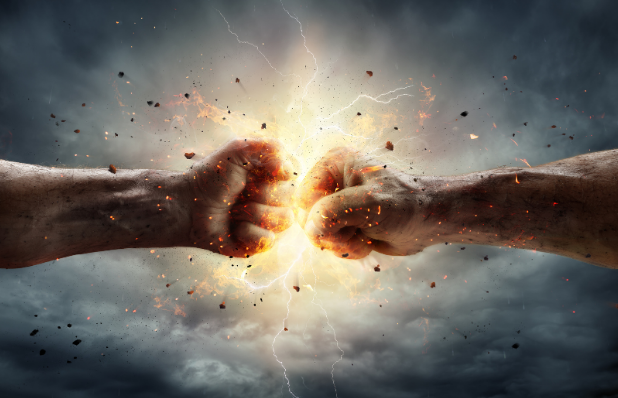 We are not the first generation to feel very strongly and passionately about our issues. But it sure seems that the political and cultural climate of our day has created an atmosphere of intense “convictions” over things that should engender far more discussion than the knee-jerk cancellations that are the new normal. The Bible itself presents matters “of first importance” (see 1 Cor. 15:3) and matters of secondary importance (see Rom. 14, Gal. 2, Acts 15, and many more.)

In Romans 14, food and religious calendars are the focal illustration of Paul’s teaching on how to handle secondary matters. I suppose most people would agree when we say that secondary matters should not divide us or that they should not be exalted to a place of primary importance. But the real rub happens over what should be considered a secondary matter. People arguing over an issue can speak past each other because one of them believes the issue is primary and the other does not. The divide over the issue itself can feel much wider than it is because they have different starting points.

In the case of the Christians at Rome, the so-called secondary matter was something that came straight out of the Bible. The temptation to see that as primary was very real. Many of the issues that Christians divide over today (such as wearing a mask or practicing social distancing or gun control or homeschooling) are not issues that come straight out of the Bible! Biblical principle and Biblical teaching can certainly guide us into the best and most Biblically faithful positions on these matters. But the fact that the Bible does not directly tell us what to do on some things should help us keep our position in its proper place. When we do that, unity will be preserved and the gospel will enjoy a place at the center of Christian fellowship, where it belongs.

Here are a few thoughts that seem clear from Romans 14:

Faith versus doubt on a secondary issue is a matter of conscience. The Bible has much to say on the role of conscience. (See Andy Naselli’s excellent book for a fuller treatment of this subject Conscience: What It Is, How to Train It, and Loving Those Who Differ.) Without using that particular word in this chapter, issues of conscience seems to be Paul’s focus. He affirms the positive role of conscience while warning about sin’s impact on conscience and our tendency to invest far too much authority in conscience, even to the point of imposing our conscience on others. The overruling guidelines are “Each one should be fully convinced in his own mind” (Ro. 14:5b) and “let us pursue what makes for peace and for mutual upbuilding” (Ro. 14:19b).