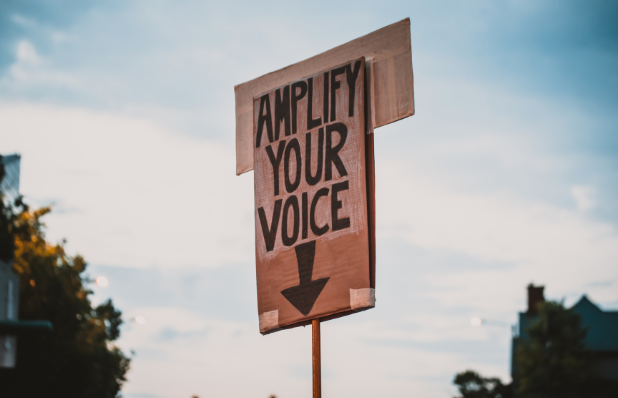 Many people have an impulse these days to rise up and do something about what’s happening in the world. This occurs on both sides of a debate. But often, we are unaware what we can or should do about a given issue. We want to rid the world of racism or oppression or sex-trafficking. But few of us are actually in a position to change something or make a difference on an issue of such a global scale. We know intuitively that doesn’t mean we should just sit back and do nothing, but what should we do? What can we do?

Social media has given modern man an avenue to express himself on issues of global importance. For many, this is the only way to feel like you’re really doing something about the issue. Get on social media, tell everyone what you think, invite people in advance to unfriend you if they don’t like what you have to say, and then proceed to tell the world what you think. And once you’re done, especially if your post gets a lot of engagement, you can really feel like you made a difference. Taken a step further, we are told by the culture right now that if we don’t say something about important issues, we are not making a difference. We obviously don’t care. If we did, we would speak up. In fact, the fact that we didn’t speak up actually communicates that we agree with whatever wrong or injustice is currently happening, simply because we didn’t get on social media and speak our mind about it. “Silence IS complicity.”

There are times when silence may indeed be complicity. If someone is being mistreated right in front of us and we don’t speak up or say something, that is a problem. We should not be like those who “passed by on the other side” when they walked up to a man who was bloodied and beaten and lying in the street (Lk. 10:25-37). At some point and in some situations, NOT acting is sin. Silence may be complicity. I think Jesus might have added another character to the parable if he were speaking today: “Finally, a young social justice warrior came along. Seeing the man lying in the street, he was filled with pity and compassion. He took several pictures and went live with some video as tears filled his eyes, but he quickly passed by on the other side so he could write an emotionally charged FB post about all the unjust suffering happening in the world right now and how everyone needs to take a stand against it (like he is doing).” This person might’ve said in his post that “silence is complicity” but he would be mistaking social media “volume” for actual action. Despite a public rant about injustice, he was actually silent when given the chance to do something about it. And Jesus would hold him accountable for not being a neighbor to the man. Silence sometimes is complicity.

But is silence always complicity? Is the only way to show you actually care about something is by speaking publicly about it on social media? More importantly, will God hold us accountable for what we didn’t say on social media about some injustice? This kind of thinking, which is pervasive especially among younger generations, is crushing and it’s not how the Bible calls us to walk out our faith.

It is what Kevin DeYoung calls “the terror of total obligation” (see his book Crazy Busy). Meaning, there’s a whole lot more that we can care about than we can actually do something about. (Bear in mind that “doing”, in most cases these days, just means “posting.”) Our capacity to care will always be greater than our capacity to do. Care is a heart thing that can expand or contract, that can grow and deepen, or shrink and close up. Christians can and should grow in their care for other people. But “Do” is a time thing. That means it is limited by 24 hours in a day. Time won’t grow or stretch to accommodate our caring hearts. There’s almost no limit to how much you can care, but there is a definite limit to how much you can do.

Don’t let people pressure you into thinking “if you really cared you’d do something about it.” That’s just not true. We can care about a whole lot and care deeply. But we won’t always be in a position to actually do something about the things and people we care about. That’s just a reflection of our human limitations. You can probably think of a number of things right now that you really care about. If I asked you which of those things are you actually doing something about, it would probably be a small percentage. But this should not lead you into guilt!

It is manipulative to say “you must not truly care about the other things because if you did, you’d be doing something about them.” The fact of the matter is that you may genuinely care, but for a number of (hopefully) legitimate reasons, you can’t always do something about it. If you’re faithfully fulfilling your priorities, as a mother for example, you’re doing what you should be doing. If you can do other things that you care about without hindering your ability to be faithful with the most important things, then more power to you! As the Lord gives you the position and opportunity and influence to “do” something, faithfulness may mean doing that something. But we should be careful about placing a higher value on our online “voice” than it actually has. We should be careful about neglecting the more important things to take on the things that merely look and sound more important, when judged by our actual influence and reach.

I fear that people often spend more time ranting on social media, engaging in arguments, posting about issues, etc. than they do loving and caring for the people right in front of them – the child who needs their undivided attention, the job task that requires your faithful and full mental engagement, the co-worker who’s hurting next to you, the spouse who’s grown weary of the hollow shell you’ve become from being absorbed with self-imposed social media “obligations” to “take a stand.” It’s often easier to escape into a virtual world and feel a greater, but false, sense of accomplishment than it is to engage with the real and actual people and issues that are right in front of us. The former feels epic; the latter feels mundane and hard. Fueled by the lie that silence is complicity, we rush past what’s right in front of us to do and say and take a stand, perhaps more to ease a guilty conscience than to actually make a substantial difference. The chance to make the actual, substantial, real difference was probably right there all along and we missed it.

So if you or someone you know guilts you into doing something just to prove you really care, consider the primary areas of reach and influence in which God is calling you to be faithful. Make sure you’re being faithful there. It’s okay if you don’t speak up and speak out on every issue that surfaces. Silence does not always equal complicity. Care does not always mean do. Can does not always mean should.