Why All the Drama, God? 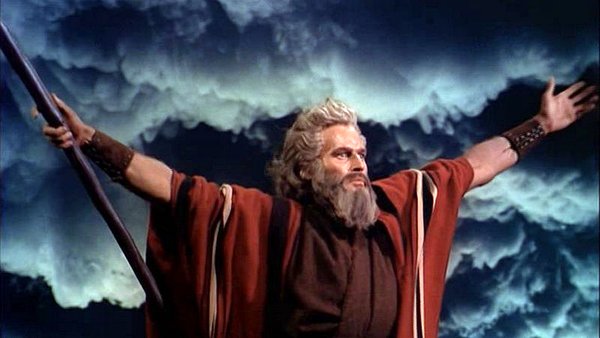 Am I the only one who pictures Charlton Heston and the scenes from his movie any time I read the story of the 10 Commandments or try to picture Moses? That story (and movie) has always been epic. But beyond the images of the classic film from the 1950s is a deeply theological and personal story. At first glance, it may appear to be a struggle between the forces of good (represented by Moses and God) and evil (represented by Pharaoh and his army). But that is not the point at all.

It would be easy to see this story as an example of what happens when the will of God bumps into the free will of man, as though all God can do is try and persuade man but He cannot ultimately overpower him. The plagues are not sent to persuade Pharaoh to let the people go. Even when he did let the people go, it was not because God had finally twisted his arm far enough. The Creator of the universe could’ve changed Pharaoh’s mind in a split second if He wanted to. Why didn’t He? He had a very specific reason for doing it the way He did – He wanted to reveal the kind of God He is to His people.

In the drama of the story we are able to see God as so much more than the all-powerful God who snaps His fingers and changes everything – although that would’ve been impressive too! In these historical events we see Him as the God who controls every detail of the created order, who uses stuttering servants to persuade kings, who brings His people out of their bondage and into His promises, who feeds them and clothes them, who disciplines them when they disobey, who forgives and restores them when they fail, and who brings them into His plan and purpose. Only in this great narrative, told in the way Scripture tells it, can God be seen to be all of these things and more.

Ex. 10:1-2 tells us God’s reason for doing it this way – not only to reveal Himself to the people of Israel in these ways, but also that these events might be recorded and preserved so that the record of God’s faithfulness might be told again and again to future generations. A God who snaps His fingers and changes everything (which He certainly could have done) would not have revealed as much of who He is as when He works and reveals Himself in the course of redemptive history and relates Himself to us through human events.

In the great and various narratives of Scripture, we can discover where our story intersects with God’s story. The same God who showed Himself to be great and glorious over Pharaoh and among His people is the same God who continues to work today. Scripture helps us map our experiences, doubts, struggles, failures, and delays onto the story of who God is, how He works, and where’s He’s taking us.

So if you’re wondering why an all-powerful God won’t snap His fingers and make everything better for you right now, dive into the narratives of scripture and discover all that God is and means to be in your situation. You won’t just read a record of other people encountering God and then say, “How nice!” You will find God speaking now into your situation through those Holy narratives, and you too will encounter Him.

Preparing Our Hearts for Sunday - A Pastoral Encouragement

Preparing for Corporate Worship to Resume at SGC